The Coldest Girl in Coldtown Review 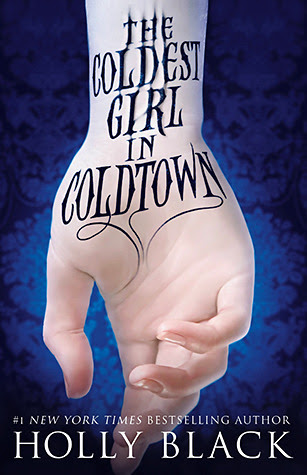 Tana lives in a world where walled cities called Coldtowns exist. In them, quarantined monsters and humans mingle in a decadently bloody mix of predator and prey. The only problem is, once you pass through Coldtown’s gates, you can never leave.

One morning, after a perfectly ordinary party, Tana wakes up surrounded by corpses. The only other survivors of this massacre are her exasperatingly endearing ex-boyfriend, infected and on the edge, and a mysterious boy burdened with a terrible secret. Shaken and determined, Tana enters a race against the clock to save the three of them the only way she knows how: by going straight to the wicked, opulent heart of Coldtown itself.


Review:
I haven't read a really enjoyable vampire book in quite a long time until reading Holly Black's The Coldest Girl in Coldtown. The atmosphere that Holly has weaved together in her latest novel in dark and gritty just like a tale about vampires should be.
While the book does start off on the slow side it serves a purpose, which is world building. The Coldest Girl in Coldtown has a complex world which takes time to explain to readers. If you stick through the slow beginning I can guarantee that you will end up loving the every other minute of the book.
As we all know vampire are REALLY over used these days in film and literature making it hard to create a story line that is unique. I strongly believe that The Coldest Girl in Coldtown stands out amongst other vampire book that have been written in the past and will continue to do so with the ones that are sure to come in the future. The concept, vampire mythology, and especially the setting are things that I haven't encountered before and is the main reason I ended up liking this book as much as I did.
Being a fan of Holly Black and not having read anything from her in a while I loved getting back into her writing and really enjoyed the dark element shes takes on in The Coldest Girl in Coldtown. Overall I really enjoyed The Coldest Girl in Coldtown and I was left wanting more (not sure if there will be more books or not). I highly recommend this book to fans of fantasy/paranormal books.
at Tuesday, September 03, 2013